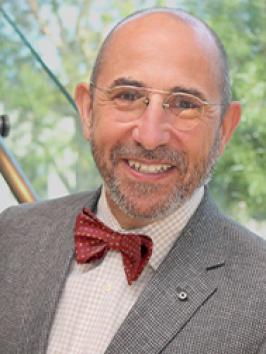 As CSO, Dr. Madrenas leads LA BioMed’s overall scientific strategy, providing scientific leadership and direction for the Institute in biomedical and translational research, innovation, and career and collaboration development for our investigators.

Before joining LA BioMed, Dr. Madrenas was a Full Professor, Tier I Canada Research Chair in Human Immunology, and Chairman of the Department of Microbiology and Immunology at McGill University. He was the Founding Director of the Microbiome and Disease Tolerance Centre (MDTC) at McGill and Executive Director of the Canadian CIHR Human Immunology Network (CHIN). Additionally, Dr. Madrenas was the founding Director of the FOCIS Centre for Clinical Immunology and Immunotherapeutics in London, ON, the first FOCIS Centre of Excellence in Canada. Dr.  Madrenas is actively engaged in public education and community outreach in Science and History as illustrated by his recent engagement as a TEDx Montreal speaker.

Dr. Madrenas' current research efforts focus on the identification, characterization and therapeutic development of immune modulatory compounds from the cell wall of S. aureus isolates using a combination of biochemical and immunological approaches as well as systems biology. These compounds from the cell wall of S. aureus serve as templates for novel anti-microbial and anti-inflammatory drugs. His other major research program is focused on mechanisms that regulate compartmentalization of mitochondrial membranes and how these mechanisms impact mitochondrial function and metabolic adaptation. Dr. Madrenas' previous discoveries include the different signaling patterns through the T cell antigen receptor, the mechanisms of CTLA-4 signaling, and identification of mechanisms of pathobiosis by Staphylococcus aureus.