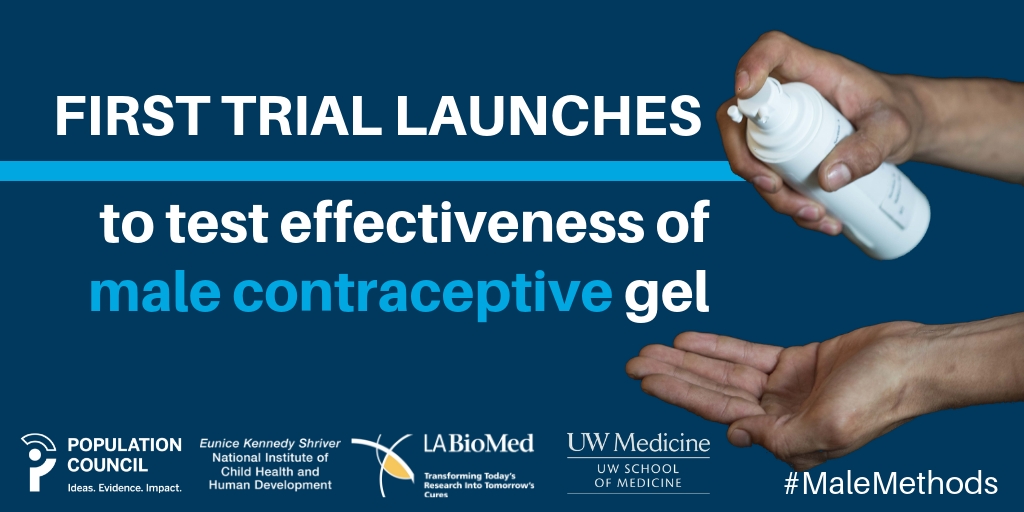 NEW YORK - The Population Council, Eunice Kennedy Shriver National Institute of Child Health and Human Development (NICHD), Los Angeles Biomedical Research Institute, and University of Washington School of Medicine today announced the launch of the first clinical trial to test the safety and efficacy of a gel for men to prevent unintended pregnancy. Three trial sites in the U.S. are now enrolling couples.

Worldwide, 85 million pregnancies (40 percent of all pregnancies) per year are unplanned, contributing to a higher incidence of adverse health outcomes for women and infants. Apart from condom use, withdrawal during sex, and vasectomy, no other contraceptive options exist for men.

The gel being tested is composed of Nestorone® (segesterone acetate), a progestin hormone used for female contraception, and testosterone. NES/T is a novel, reversible contraceptive for men designed to be absorbed through the skin on the upper arms and shoulders.

"Expanding male contraceptive options could help make family planning more of a shared responsibility between women and men," said Regine Sitruk-Ware, MD, distinguished scientist at the Population Council’s nonprofit Center for Biomedical Research, co-director of the trial, and member of Time Magazine’s 50 Most Influential People in Health Care of 2018. "Safe, effective, and reversible tools for men to control their own fertility gives new meaning and significance to the term ‘family planning.’ No matter the challenge, we must continue to innovate and develop new products to improve lives."

The Phase IIb trial, sponsored by the NICHD, part of the National Institutes of Health, and co-directed by the Population Council and NICHD, is the first to test the product for contraceptive efficacy, or pregnancy prevention, in the female partner. More than 400 couples are anticipated to enroll in the trial. Once the male partner has been shown to have responded to the gel, the couple agrees to use the product as their contraceptive method for one full year. The trial is recruiting couples throughout the NICHD’s Contraceptive Clinical Trials Network (CCTN). It is first launching at sites in Los Angeles, Seattle, and Kansas City in the US, and later will include sites in Chile, England, Italy, Kenya, Scotland, and Sweden.

"We have been developing this product for more than a decade," said Diana Blithe, PhD, chief of NICHD’s Contraceptive Development Program and director of the CCTN. "We are hopeful that the NES/T gel study will demonstrate effectiveness of a male method for use by couples. A successful result may lead to additional scientific discovery around contraceptive products for men."

The NES/T gel is a transparent gel designed to decrease a man’s sperm production without reducing his sexual drive or enjoyment. The trial will also test the acceptability of the daily gel application as a contraceptive among the participating couples—a critical measure for real-world use. 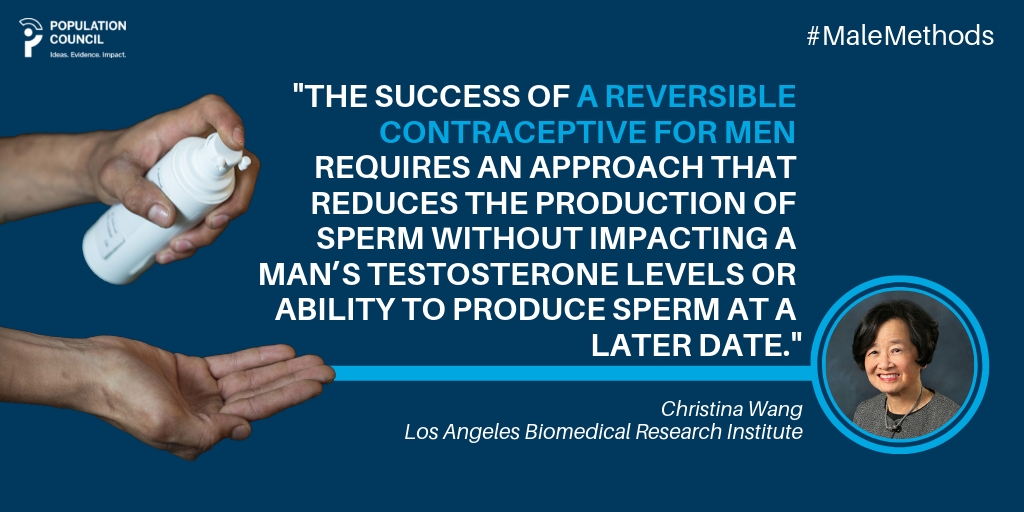 "The success of a reversible contraceptive for men requires an approach that reduces the production of sperm without impacting a man’s testosterone levels or ability to produce sperm at a later date," said Christina Wang, MD, Los Angeles Biomedical Research Institute lead researcher and a principal investigator of the trial. "The challenge is achieving the right combination of Nestorone and testosterone at the right time."

Men and their female partners are both active participants in the study. Men will apply the gel once every day. Once the man’s sperm count reaches an appropriate level to prevent pregnancy—a process anticipated to take 8 to 16 weeks, the couple will be informed that they should begin to use the gel as their only form of contraception for one year. During this phase, the man’s sperm count will be checked regularly to help minimize the possibility of pregnancy.

"The potential of this new gel is huge," said William Bremner, MD, PhD, professor of medicine at the University of Washington School of Medicine and CCTN site director in Seattle. "There is a misperception that men are not interested in, or are even afraid of, tools to control their own fertility. We know that’s not the case." 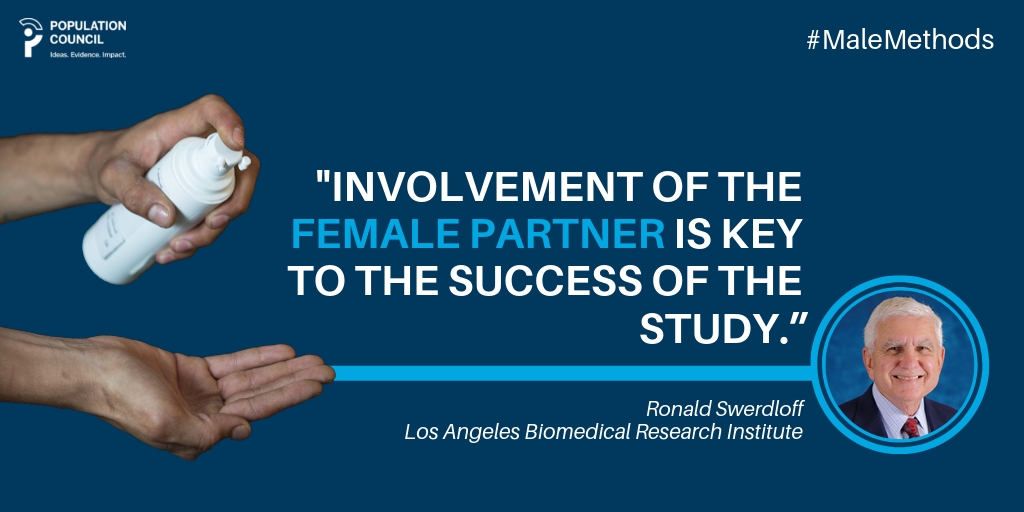 Previous multinational surveys have shown that more than half of men say they would use a male contraceptive if it is reversible and uncomplicated. Proving efficacy and acceptability is essential to overcoming misperceptions that men aren’t interested in new contraceptive options.

"We hope that results from this trial will help pave the way for renewed interest in male contraceptive development and propel this important public health work forward," said Stephanie Page, MD, PhD, a professor of medicine at the University of Washington School of Medicine and a study principal investigator.

Results from the NES/T gel trial are expected in 2022 and will help determine whether it should be evaluated in a separate, larger-scale Phase III contraceptive efficacy clinical trial, with the aim of obtaining approval from the U.S. Food and Drug Administration to market the product as a male contraceptive.

About The Population Council

The Population Council confronts critical health and development issues—from stopping the spread of HIV to improving reproductive health and ensuring that young people lead full and productive lives. Through biomedical, social science, and public health research in 50 countries, we work with our partners to deliver solutions that lead to more effective policies, programs, and technologies that improve lives around the world. Established in 1952 and headquartered in New York, the Council is a nongovernmental, nonprofit organization governed by an international board of trustees.

About University of Washington School of Medicine

The University of Washington School of Medicine is recognized for excellence in training physicians and for advancing medical knowledge through scientific research. For 23 of the past 24 years, it has been ranked No. 1 in the United States for primary-care education. The school also is the leading public institution in the amount of federal research funding received, based on the U.S. News accounting of National Institutes of Health funding. Find out more at https://www.uwmedicine.org/education/about.