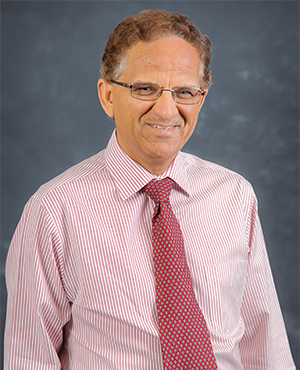 The study, published online by the American Journal of Physiology - Lung Cellular and Molecular Physiology, reported that a medication that stimulates certain proteins in the body reversed airway damage in disease models of asthma caused by prenatal exposure to nicotine.

“This is the first study to indicate that we could actually reverse the damage caused by exposure to nicotine during pregnancy,” said Virender K. Rehan, MD, an LA BioMed lead researcher and the corresponding author of the study. “Our earlier studies found this medication could prevent nicotine-induced asthma when given during pregnancy. So we wanted to determine if we could actually reverse the lung and airway damage caused by nicotine, and we were able to do so. While more research is needed, these findings indicate we could develop an effective and practical strategy that would not only prevent, but also reverse asthma caused by exposure to smoking or nicotine during pregnancy.”

Despite the many warnings about the dangers of smoking while pregnant, 12% of women in the U.S. continue to smoke during pregnancy, resulting in the births of at least 400,000 smoke-exposed infants in the U.S. alone. In addition, pregnant women who try to give up smoking may continue to be exposed to nicotine through nicotine replacement therapies and the use of electronic cigarettes.

The researchers noted that cigarette smoke contains more than 4,000 known chemicals, so determining which ones are responsible for asthma in the children of mothers who smoked is problematic. However, they said, previous research has conclusively determined nicotine affects fetal lung development, resulting in asthma, so they used nicotine for this study to replicate the effects on the fetus of maternal smoking during pregnancy.

Researchers had previously found that nicotine exposure during pregnancy altered certain key activities in specific lung cells of the developing fetus, and this contributed to the development of asthma. For this study, they administered a diabetes medication, rosiglitazone, which is known to stimulate cellular activity related to lung development. The mediation was administered over the first 21 days of life in a perinatal nicotine exposure-induced asthma model. When compared to a group given a placebo, those treated with the medication showed a complete reversal of asthma.

Other LA BioMed researchers who contributed to the study were Jie Liu and Reiko Sakurai.