Dr. Ibrahim’s start-up Vitalex Biosciences is manufacturing humanized monoclonal antibodies that would stem the spread of this fatal disease 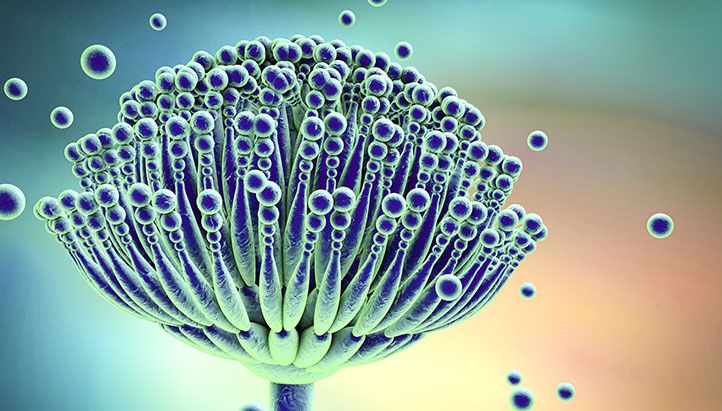 LOS ANGELES — The Lundquist Institute today announced that one of its spinoff start-up companies, Vitalex Biosciences, founded by researcher Dr. Ashraf Ibrahim, is producing an antibody that stems the spread of mucormycosis, a deadly fungal infection with an overall mortality rate of 50% and higher. Mucormycosis is an emerging infection caused by exposure to mucor, a mold commonly found in soil, plants, manure, and decaying fruits and vegetables. It affects the sinuses, the brain and the lungs and is life-threatening in diabetic or severely immunocompromised individuals, such as cancer patients. In addition to the >50% death rates, extremely disfiguring surgery is often needed to remove necrotic tissues.

“Once the immune system is compromised such as in diabetic, and cancer patients who lack white blood cells due to chemotherapy, or patients receiving corticosteroid therapy as for example in transplantation patients to prevent organ rejection,” says Dr. Ibrahim, “the fungus turns deadly with the ability to rapidly invade tissues and cause severe necrosis which is why it is called the black fungus. In the era of COVID-19, steroids treatment such as dexamethasone have emerged as a useful treatment to lower the deadly over exuberant inflammatory response. However, reducing the inflammatory response affects the ability to fight opportunistic infections such as mucormycosis. Reports have emerged of fungal infections including mucormycosis in these patients.”

Ibrahim further explains, “Specifically, the use of corticosteroids in diabetic patients with poorly controlled diabetes represents a perfect storm for a disease like mucormycosis because poorly controlled blood sugar and steroid treatment are known to predispose patients to mucormycosis. For example, what used to be a 6-case disease over one year at a hospital in Mumbai, is now 24 cases in two months among COVID-19 patients.”

(Recent news reports have provided more details on how the fungus is particularly attacking COVID patients in India.)

“Our laboratory has discovered a molecule that allows the fungus to invade human cells,” says Dr. Ibrahim. “Our preclinical studies indicated that a mouse antibody targeting this molecule is highly protective against mucormycosis especially when given combined with antifungal drugs. A humanized version of this antibody is currently in manufacturing by Vitalex Biosciences. It is hoped that this antibody will improve the outcome of the disease and save lives from mucormycosis including those with COVID-19.”

Financial Disclosure
Funding from a Small Business Innovation Research (SBIR), and R01 mechanisms from the  National Institute of Allergy and Infectious Diseases (NIAID) was provided to Vitalex Biosciences and The Lundquist Institute, respectively, to sponsor Dr. Ibrahim’s work on mucormycosis.