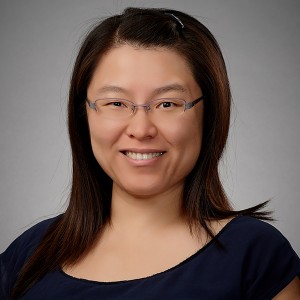 LOS ANGELES – (March 16, 2015) – IBMPFD is a rare and deadly genetic disorder that has devastated entire families, robbing many of their members of their ability to talk, walk and think clearly.

A new study, which was published online today by the Proceedings of the National Academy of Sciences, PNAS-weboffers new hope for these families because it has identified potential targets for developing therapies to treat this disorder, officially known as “Inclusion Body Myopathy with Paget’s disease of bone and Frontotemporal Dementia.”

Mutations in p97/VCP, a protein that is essential to proper cellular functions, leads to the muscle and bone weakening and dementia in IBMPFD patients. The researchers found a change in another protein, p47, could lead the mutated protein to properly perform its pivotal functions. More importantly, they developed the understanding of these critical differences between normal versus mutated p97 that is needed to search for and identify potential drugs, which might treat or prevent the disease.

“Correcting the functions of these disease-associated proteins could lead to a safe treatment for IBMPFD and other fatal degenerative diseases,” said Tsui-Fen Chou, PhD, an LA BioMed researcher and corresponding author of the study. “More research must be done to screen large panels of compounds to identify potential drugs that may correct the malfunction in the mutated protein that causes this devastating inherited disorder. But these are promising findings for a disorder that has no cure or means of prevention — other than choosing against having children to ensure the next generation doesn’t inherit the mutation.”

IBMPFD is most often inherited from a parent but can also be caused by a new mutation in a member of a family with no history of the disease. The mutation in the p97 protein inhibits its ability to eliminate unneeded proteins from the cells, leading to a buildup that causes muscle and bone weakening and dementia. The researchers determined another protein, p47, controlled p97’s critical cellular functions but that the p97 mutations interfere with this process. By making a slight change in the p47 protein level, the researchers found they could increase critical cellular functions in the cells harboring mutated p97.

“Our research found that the communication between these proteins had been disrupted,” Chou said. “A modification in one of the proteins revamped the communications functions and led to the restoration of proper cellular functions, opening the door for one day treating or even preventing IBMPFD and other degenerative diseases.”

The symptoms of IBMPFD tend to become evident around the ages of 40-55 and generally begin as a weakening in the muscles. As the disorder progresses, it can also affect respiratory and heart muscles, leading to life-threatening breathing difficulties and heart failure. About half of all adults with IBMPFD develop Paget disease of bone, which leads to bone pain, and about one-third develop dementia, according the National Institutes of Health (NIH).