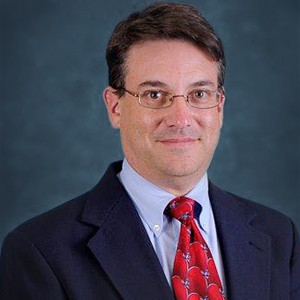 NEJM Study is First to Compare Medications Prescribed for Cellulitis

Before this pivotal trial, there were no data on which antibiotics were best for treatment of these common skin infections. The large clinical trial is the first to compare the relative effectiveness of the two most commonly prescribed antibiotics for serious skin infections. Skin and skin structure infections are extremely common reasons for persons to seek medical care in the U.S., accounting for approximately 14.2 million outpatient visits in 2005, the latest year for which statistics are available, and 850,000 hospital admissions. Until this study was completed, the researchers noted that the most effective approach to antibiotic treatment in the era of community-acquired methicillin-resistant Staphylococcus aureus (MRSA) was “unclear.”

“Serious skin infections can cause major medical complications and lead to the death of a patient, so it’s important to understand the most effective treatments, especially with the rise in MRSA, which is, by definition, resistant to many antibiotics,” said Loren G. Miller, MD, a Los Angeles Biomedical Research Institute (LA BioMed) infectious disease specialist and corresponding author of the study.The researchers studied 524 adults and children with uncomplicated skin 88401_webinfections who had cellulitis, abscesses of 5 centimeters or more or both. In the multicenter, double-blind, randomized clinical trial, 264 received clindamycin and 260 received TMP-SMX. The researchers found similar outcomes for both groups – 80.3% of the outpatients who received clindamycin and 77.7% of the outpatients in the group that received TMP-SMX were cured within seven to 10 days after the end of their treatment.

“These are not considered significant differences, so our evaluation is that these two commonly prescribed antibiotics for serious skin infections are similarly effective in treating uncomplicated skin infections in children and adults who have few or no major co-existing conditions,” said Dr. Miller.
The researchers recruited outpatients from emergency departments, clinics and other healthcare facilities associated with Los Angeles County’s Harbor-UCLA Medical Center, University of Chicago Medical Center, San Francisco General Hospital and Vanderbilt University Medical Center from May 2009 to August 2011. They followed the outpatients for a month after their treatment.