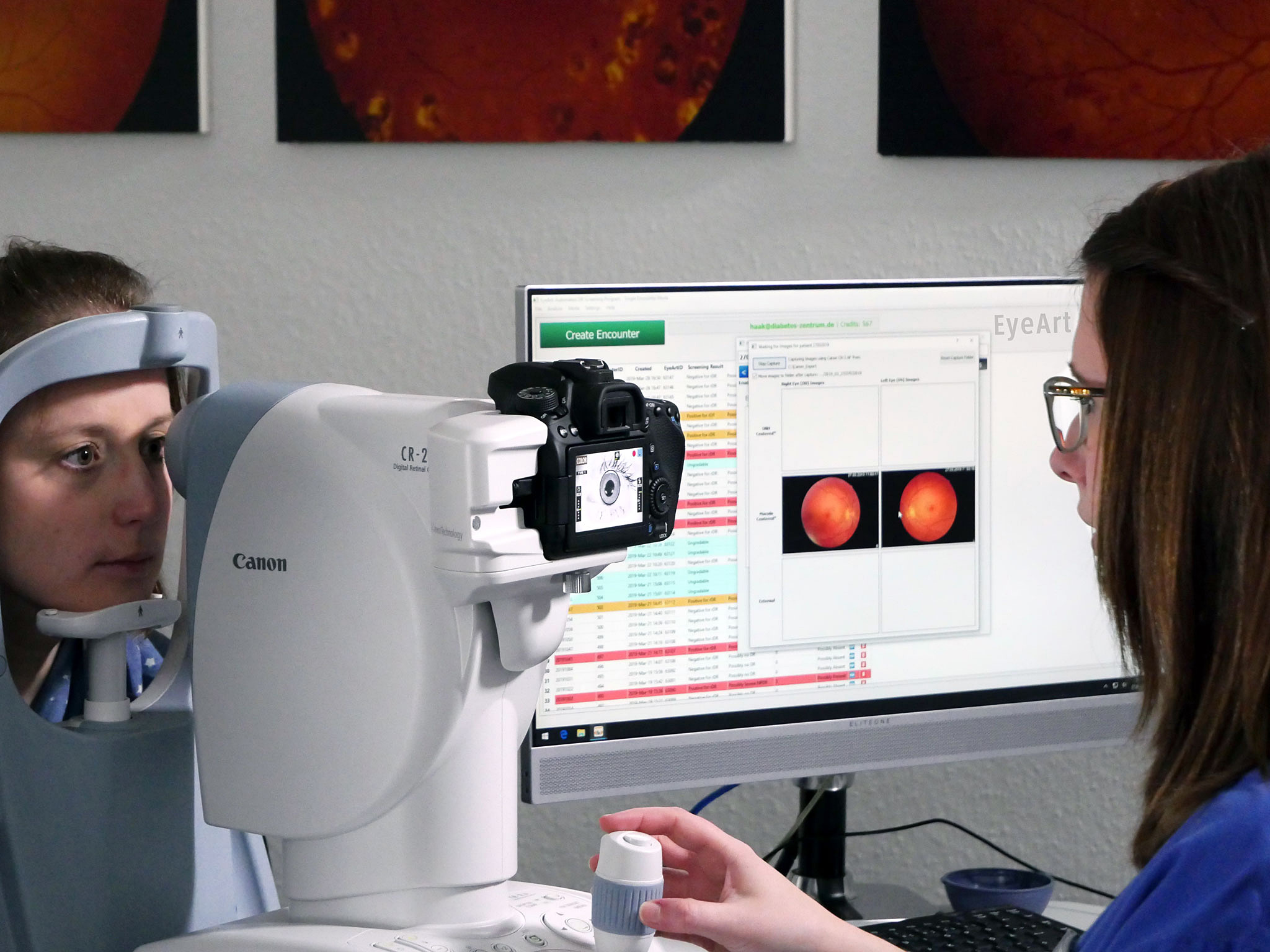 The Lundquist Institute’s Investigator Eli Ipp, MD, and a multi-center team of investigators have evaluated the performance of the EyeArt AI system in a study published in JAMA Open Network. Dr. Ipp and his co-investigators found that the accuracy of the EyeArt AI system was high in detecting mtmDR (sensitivity 96% and specificity 88%) and vtDR (sensitivity 97% and specificity 90%). The study demonstrates the ability of the EyeArt system to accurately detect mtmDR and vtDR without physician oversight or the need for dilation in most individuals, thus facilitating diabetic eye exams at non-specialist facilities and enabling accelerated referral of vision-threatening diabetic retinopathy. This is the first AI-based system that identifies vtDR, the most serious form of DR that puts patients at highest risk of blindness. The strong results from the EyeArt prospective, multicenter pivotal clinical trial (NCT03112005) were published as an original investigation in JAMA Network Open, a peer-reviewed medical journal published by the American Medical Association. The article is titled “Pivotal Evaluation of an Artificial Intelligence System for Autonomous Detection of Referrable and Vision-threatening Diabetic Retinopathy.

“Over four hundred million people around the world have diabetes and approximately one-third of them may develop diabetic retinopathy, which is the leading cause of vision loss among working-age adults in most countries,” said Eli Ipp, M.D., Investigator at The Lundquist Institute, Professor of Medicine, David Geffen School of Medicine at UCLA, Head of the Section of Diabetes and Metabolism at Harbor-UCLA Medical Center, and the first author of the EyeArt publication on JAMA Network Open. “By simplifying and improving the efficiency of diabetes retinal screening, the EyeArt technology has the potential to contribute to saving vision for millions of people around the world. The EyeArt pivotal trial was well designed and executed, and we are gratified that it is now published by JAMA Network Open.”

The EyeArt® AI System was developed by Eyenuk, Inc. with funding from the National Eye Institute (NIH)) and is validated by the U.K. National Health Service (NHS).