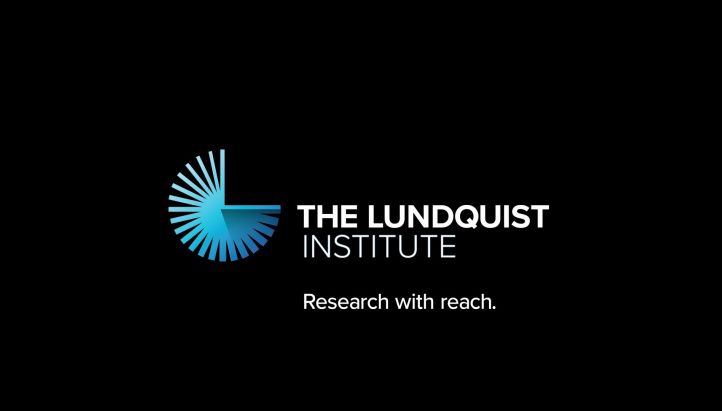 “The institute’s researchers are its secret sauce. Richard and I make philanthropic contributions to affect significant and measurable impact, which in this case is driven by more than 100 dedicated and brilliant principal investigators. We hope our contribution will lead to other donors joining in the transformative work the researchers have undertaken every day for the last 67 years,” said Melanie Lundquist, a member of the Lundquist Institute’s Board of Directors, who served on the predecessor institute's Board of Directors for the past six years.

The Lundquist Institute also has a new logo and a new tagline: Research with Reach™. Both logo and tagline emphasize the global nature of the institute’s discoveries, from paramedic training protocol to the first FDA-approved treatment for sickle cell disease in 20 years, especially significant in developing countries.

“The Lundquist Institute is working to benefit all citizens of the world, developing diagnostics, devices, and therapies that transform today’s research into tomorrow’s cures,” said Richard Lundquist.

The Lundquists also contributed $3 million toward the buildout of a state-of-the-art bioscience incubator, “BioLabs LA at The Lundquist,” located in one of the region’s most advanced research buildings and the first building block of the new Lundquist Institute—the gleaming, blue-glass, $63 million Medical Research Laboratory, which had its grand opening in March. The four-story, 78,000-square-foot building has ultra-modern labs for the Lundquist Institute’s distinguished investigators, office space, auditoriums, and common areas designed for the spontaneous interchange of ideas.

Meyer is celebrating his 10th anniversary at the institute this year.

Melanie and Richard Lundquist are among California’s most significant philanthropists, having pledged more than $325 million in charitable contributions toward educational, medical, and cultural causes in California. In addition to their transformative gift to the Lundquist Institute, the Lundquists have given a combined $85 million to the Partnership for Los Angeles Schools, which they co-founded alongside then-Los Angeles Mayor Antonio Villaraigosa to improve public education in Los Angeles. Working within the Los Angeles Unified School District, the Partnership has turned around 18 of the city’s most underserved schools, more than doubling graduation rates on average and reducing their rates of suspension by 95%.

The Lundquists are also supporters of several other diverse educational and health causes including the California Science Center, Torrance Memorial Medical Center, the Pancreatic Cancer Action Network, Inner-City Arts, the Dugoni School of Dentistry at the University of the Pacific, and The Marine Mammal Center. They are signatories to the Giving Pledge, promising to give more than half their wealth to charitable causes.

The Lundquist Institute’s new name was formally announced today at the Los Angeles County Board of Supervisors, the largest local government in the United States, representing more than 10 million people. Supervisor Mark Ridley-Thomas has been a stalwart supporter of the Lundquist Institute for years, and played a pivotal role in the construction of the Medical Research Laboratory.

Under his leadership, Los Angeles County provided $4 million in funds towards the incubator’s construction and outfitting, demonstrating his commitment to turning Los Angeles into a top-tier bioscience cluster. Supervisor Ridley-Thomas’ advocacy is helping the life science industry in Los Angeles County reach its full potential, creating good jobs and new career paths while working toward life-saving breakthroughs in global health.

“We are grateful to Melanie and Richard Lundquist for their long tradition of giving back to the community,” said Supervisor Mark Ridley-Thomas. “Their generous donation to the Lundquist Institute at the County’s Harbor-UCLA Campus will spur the development of even more lifesaving discoveries and innovations, while helping position Los Angeles County to be one of the world’s leading hubs for bioscience. With its new name and brand, the Lundquist Institute enters a new era and we trust that the best is yet to come.”

Supervisor Janice Hahn, whose district boundary is immediately adjacent to the Harbor/UCLA medical campus, shares a deep-rooted enthusiasm for the transformative work performed by the Lundquist institute.

To commemorate its renaming, the Lundquist Institute has also premiered a video trailer that honors the history of the institute, while telling the human stories and highlighting the innovative discoveries that have taken place there for nearly 70 years.

The institute’s signature “expanding reach” logo symbol reflects its scientific process: the refinement of scientific ideas into solutions. The arms reach out with sky blue optimism, highlighting both the global impact of its research and the hope its discoveries inspire around the world.

As it enters a new era, the Lundquist Institute is set to become a powerful force for biosciences globally, and a catalyst for growth in one of the most important industries of the future of Los Angeles.