The Lundquist “Impositive” Float Will Be in the 2022 Rose Parade

The Lundquist Institute will have a float in the 2022 Rose Parade called “Impositive” to celebrate its 70th Anniversary. 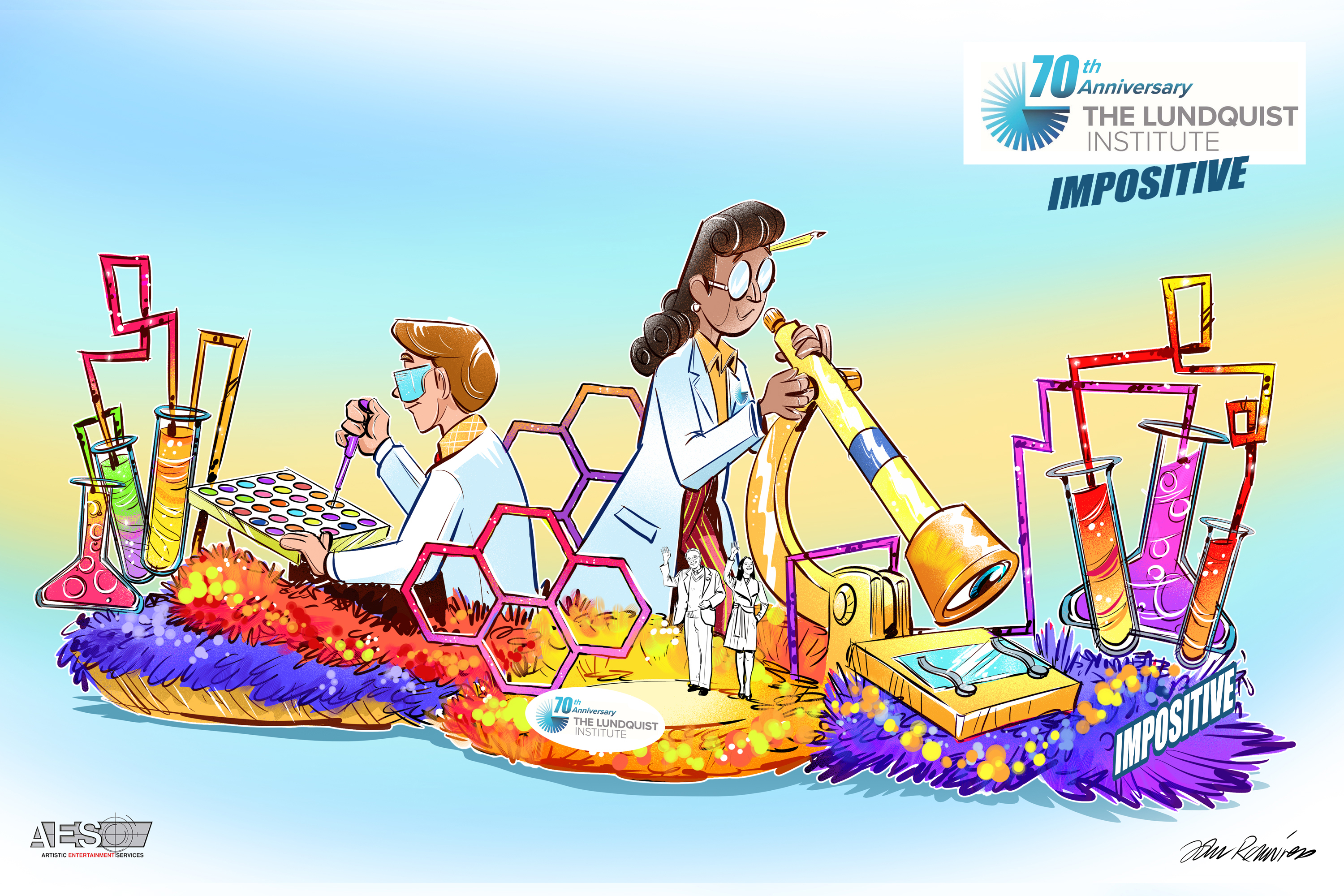 The Lundquist Institute will have a float in the 2022 Rose Parade called “Impositive” to celebrate its 70th Anniversary. The float is sponsored by Impositivity Media and Emmaus Life Sciences and will feature riders whose lives have been saved by groundbreaking research conducted at the Institute. The Lundquist Investigators responsible for the life-saving therapies, Dr. Emil Kakkis and Dr. Yutaka Niihara, will also be riding on the float along with their former patients and Institute PhD students. The theme of “Impositivity” refers to the idea that optimism against impossible odds can lead to great breakthroughs such as those showcased on the Lundquist float. 2022 is the Institute’s 70th Anniversary and the float is designed to celebrate its seven decades of life-saving research.

At 3 years of age, Ryan Dant was diagnosed with a rare genetic disorder, MPS I. He was told that he wouldn’t live to be 12 years old. However, Dr. Emil Kakkis was working on a solution: enzyme replacement therapy which was developed on the Lundquist campus in its old Army barracks. Now, due to the life-saving therapy, Ryan is 31, has graduated college and is married.

“At one time, all of this seemed impossible but thanks to Dr. Kakkis, The Lundquist Institute and to science, I am now living the life I had once hoped to live,” said Ryan. “I’m also so happy to be a rider on the Lundquist Rose Parade float. It’s a once in a lifetime experience.”

Juanita Gougis learned she had sickle cell disease when she was 2 years old. She lived in pain for many years and spent most of her early life in the hospital. She also knew that people with sickle cell didn’t live very long. When she heard about Dr. Niihara’s work at The Lundquist Institute she had a glimmer of hope. Maybe his therapy would help her. She became part of the clinical trial at the Institute, and it changed her life.

“I will be forever grateful to him and to the Institute,” said Juanita. “Because of Dr. Niihara’s treatment, I became a champion swimmer something that seemed like an impossible dream at one time. Life is better for me now in so many ways and I’m so glad to celebrate this life-saving therapy by riding on The Lundquist Institute Rose Parade float. It’s a dream come true.”“There are so many to thank for making the Lundquist float a reality,” said David Meyer, PhD, President and CEO of the Lundquist Institute. “Without the generosity of Dr. Kakkis and Dr. Niihara this wouldn’t be possible. I especially want to thank our Sr. VP of Public Affairs, Jody Spillane, who presented the idea to me. Above all, the theme of Impositive captures the spirit of boundless curiosity and hope that our investigators have as they go about their pioneering work. It also resonates with the overall Rose Parade theme of Dream. Believe. Achieve.”