The Lundquist Institute’s Male Contraceptive Efficacy Trial has received an additional $3 million from the National Institutes of Health (NIH) to expand its work and recruit 120+ more couples. 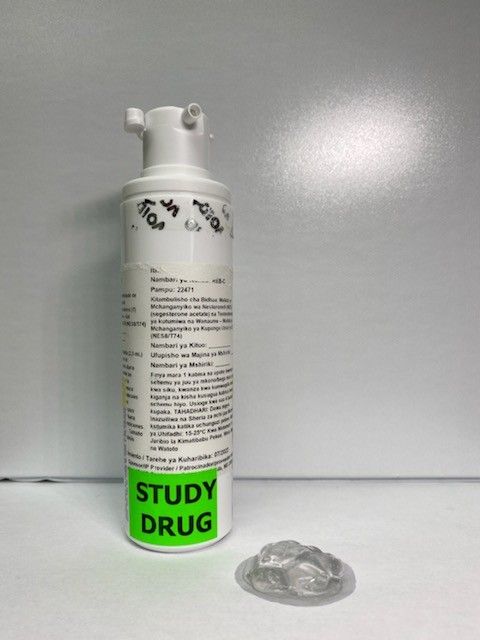 The Lundquist Institute’s Male Contraceptive Efficacy Trial has received an additional $3 million from the National Institutes of Health (NIH) to expand its work and recruit 120+ more couples. This NIH funding will bring the total number of couples involved in the study to over 400. Besides adding couples at Lundquist in Los Angeles, more couples will be recruited in Sacramento, California (UC Davis), Norfolk, Virginia (Eastern Virginia Medical School), Stockholm, Sweden (Karolinska Institute), Santiago, Chile (Shady Grove Reproductive Center) as well as other centers in the U.S., Italy and Kenya.

The Lundquist Institute and her sister institutions have been so successful with recruiting couples for this study that the NIH increased the funding to allow currently enrolled couples to finish the trial and to recruit more  couples to complete in the two-year clinical trial by 2023. Eligibility criteria to be in the trial include the following:
•    Men must be between the ages of 18 and 50.
•    Women must be between the ages of 18 and 34 years and have regular menstrual cycles.

During the clinical trial, the man’s sperm count should be low enough to prevent pregnancy in about four months, but it can take up to six months. At that point, the couple will use the study contraceptive gel as their only form of birth control for 12 months. The man will have monthly checkups over the course of the trial, with sperm count testing and testosterone monitored at each visit. The female partner will have checkups every three months. After 12 months, the man will stop using the study contraceptive gel and will continue to be followed until his sperm count returns to the normal range, which typically takes about four months.
“We are so incredibly honored to be part of this program given the remarkable advancements we are seeing for preventing pregnancies for couples,” said Drs. Christina Wang and Ronald Swerdloff, Investigators at The Lundquist Institute and Professors of Medicine at the Geffen Medical School at UCLA. “It’s been amazing to track each couple’s progress and see how month after month, the majority of men are not negatively impacted by using this gel as their primary birth control method. Couples have the comfort of knowing that with use of this gel, the man’s sperm count is incredibly low or zero – and that the man’s normal sperm levels resume within a few months of discontinuing daily use of the gel.”

One couple’s story exemplifies the need for the study. Eilen and Stephen are one of 48 couples recruited thus far in the Los Angeles area who have been part of the two-year Phase 2 clinical trial. The gel formulation was developed by the Population Council and NIH’s Eunice Kennedy Shriver National Institute of Child Health and Human Development (NICHD).
Eilen had tried multiple birth control options and was tired of the side effects: Mood swings, weight gain, irregular periods. When she spotted an Instagram post last winter advertising the clinical trial for a new reversible male contraception gel, she contacted the research team at The Lundquist Institute.

“I had to find out more and see if we qualified,” Eilen said. 15 months later, she and her partner, Stephen, have been part of the male contraception clinical trial, which began recruiting at The Lundquist in January 2019.

“It’s gone well so far. No issues,” said Stephen, who applies a pump (about one teaspoon) of contraceptive gel to each of his shoulders at the same time each day. This is their new birth control method. The gel contains segesterone acetate, a synthetic progestin, which blocks natural testosterone production in the testes and reduces sperm production. The gel also contains replacement testosterone to help maintain normal sex drive and other functions dependent on the hormone.

For Eilen and Stephen, it’s been more than 15 months since he started using the gel. Stephen had minor changes in libido very early on during the trial which did not bother him or Eilen and were quickly resolved. He hasn’t experienced negative side effects from the male contraceptive gel. Eilen has been happy to be off of the birth control rollercoaster, without fear of unwanted pregnancy. The new birth control method has been game changing for them.

“We’ve had a really great experience,” Stephen said. “Dr. Wang and the team are really supportive and were patient with us in answering all of our questions. There has never been a point that we felt we did not make the right decision by participating in this trial.”

Couples who are interested to participate for the full two-year clinical trial can receive more information or to sign up by emailing Michael Massone (Michael.Massone@lundquist.org or visit: menshealth-lundquist.org).